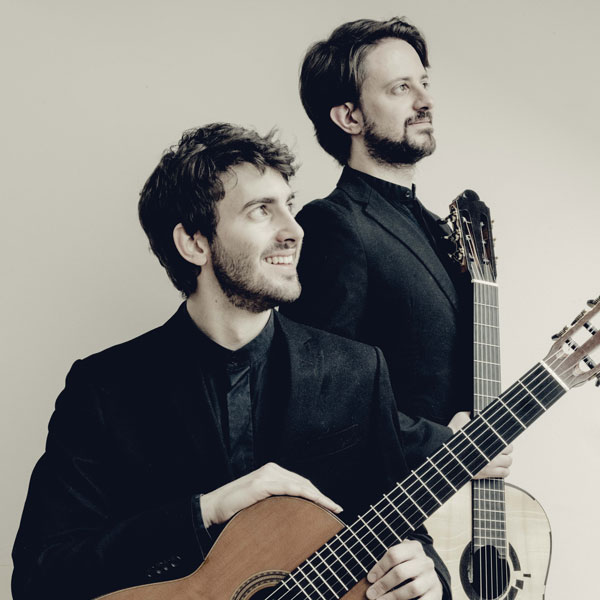 Tomasi-Musso Guitar Duo was founded by the Italian guitarists Davide Giovanni Tomasi and Marco Musso in 2016.

Both winners of the most important international competitions – among them, the ARD International Music Competition in Munich, the Tokyo International Guitar Competition, Guitar Masters 2016 in Wrocław – they have been invited to play in prestigious Halls such as Teatro La Fenice in Venice, Prinzregententheater in Munich, Salle Pasteur – Le Corum in Montpellier, the International House of Music in Moscow, Auditorium of Museo del Violino in Cremona, Auditorium of Palazzo Pirelli in Milano. Moreover, they are steadily requested to lead masterclasses at conservatories and universities in Italy and abroad.

Their repertoire originates from Johan Sebastian Bach’s works for the harpsichord transcribed for two guitars and structures with masterpieces by Isaac Albéniz and original compositions by Mario Castelnuovo-Tedesco attaining the French music by Claude Debussy and Maurice Ravel included in this album.

In the forthcoming season, they will be performing all over Europe, in Mexico, USA, and Japan, and they will be making their debut at the Konzerthaus in Vienna.