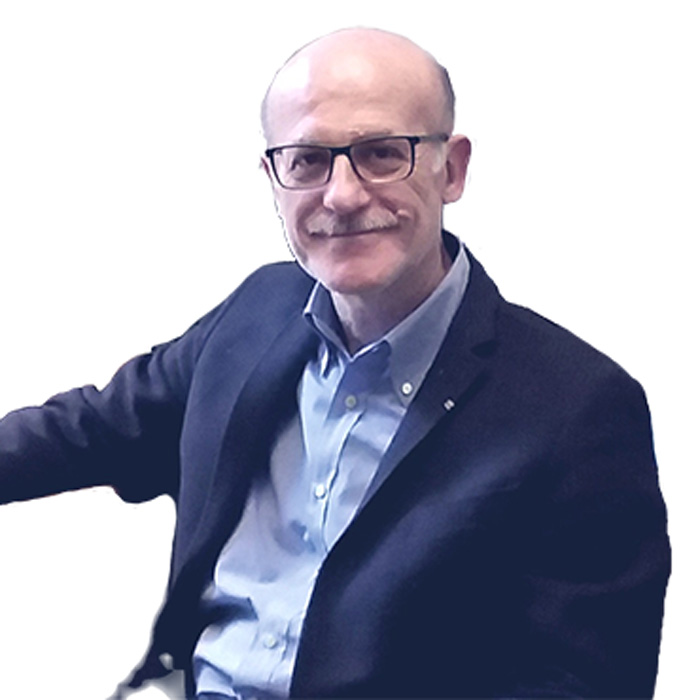 Born in Milan (Italy), he graduated at the State Conservatory “Giuseppe Verdi” of his town and attended master classes in Computer Music (Padua University) and in Composition (with Niccolò Castiglioni’s guidance). He graduated at Milan “Luigi Bocconi” University, too.

He is an active member of SIMC – Italian Society for Contemporary Music since 2005 and of the International Fund “The Villa of composers” since 2013.

During eight years he was the Director of the Civic Music School in Cinisello Balsamo (Italy). Besides his office, he promoted and directed several seasons such as  Percorsi…, Musica in Auditorium, Yearly Choral Festival , Yearly Organ Festival, Musica&Musiche”. Furthermore, he founded the contemporary music group Nòmos Ensemble.

He gave Composition master classes at the State Conservatory “M. I. Glinka”, Novosibirsk, Russia, which made him Honorary Teacher.

In 2016-2017 he was Composer in Residence for the well known Italian Dèdalo Ensemble which premiered three new works of him.

UMBERTO BOMBARDELLI – IN A GREEN LIGHT