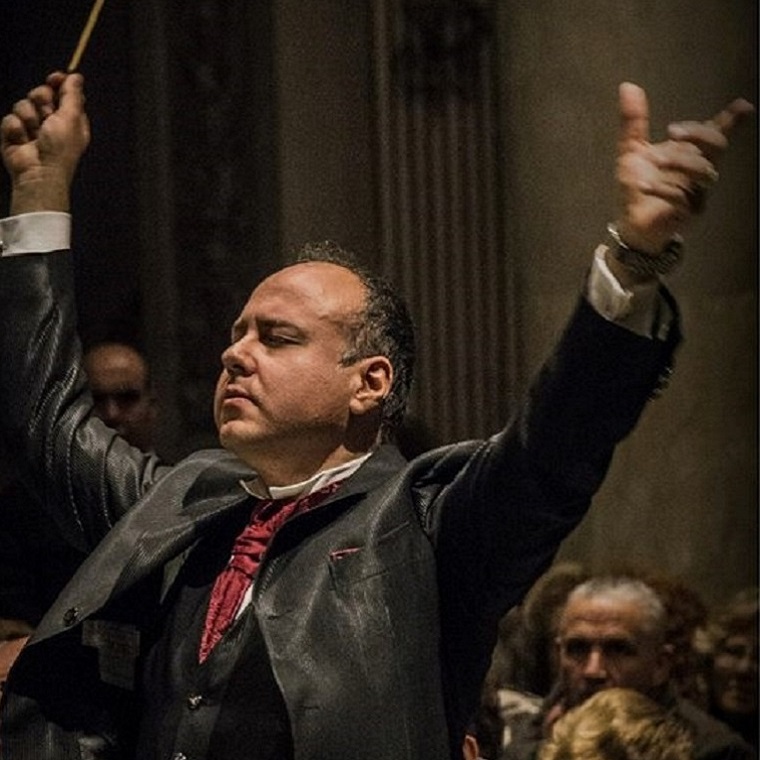 Salvatore Schembari is a clarinetist, conductor and composer; he graduated with a degree in clarinet at the School of Music “V Bellini” in Catania with Vincezo Maggiore and band instrumentation at the Conservatory” G. Martucci “in Salerno, with Luigi Avallone always with the highest honors. He has performed as a soloist in various orchestras and opera houses: Teatro Massimo di Catania, the Lyric Symphony Orchestra “G. Pacini, “International Youth Symphony Orchestra, National Orchestra of Ukraine, Symphony Orchestra of Savona, etc.

He attended various training courses both as a clarinetist and a conductor and composer including those with Karl Leister and Franco Ferranti. He also graduated at the Accademia Musicale Chigiana in Siena, where he studied with Maestro G. Garbarino and got the coveted SPECIAL PRIZE OF SIAE. He has many publications, with the most important publishing houses (Berben, Tomorrow Music, Euganea, Gualda, Euphony etc …), among which the books on the clarinet and original works for band. He has recorded for RAI and held tours in Italy, Spain, Sweden, Germany and Argentina.

In 2000, he composed and conducted a symphonic poem inspired by “The Divine Comedy” by collaborating with the famous actor Ugo Pagliai. In 2006 the Big Band of the Italian Army in Rome has recorded his songs Musical Moment and SPQR. In 2007 the band’s national prison service has performed SPQR in a concert at the Coliseum. In 2007 he directed the comic opera The choirmaster of D. Cimarosa Theatres in the province of Ragusa always enjoying great success, and has obtained the suitability as an orchestra at the institution lyric Arena di Verona.

On the occasion of Republic Day (June 2, 2009) the Italian Army band has performed at the Quirinale Gardens some of his songs. In 2010 he obtained the eligibility to contest as principal clarinet of the National Band of the Carabinieri in Rome, and in 2011 he won the competition as the first clarinet of the Italian National Army Band in Rome who also directed several occasions.