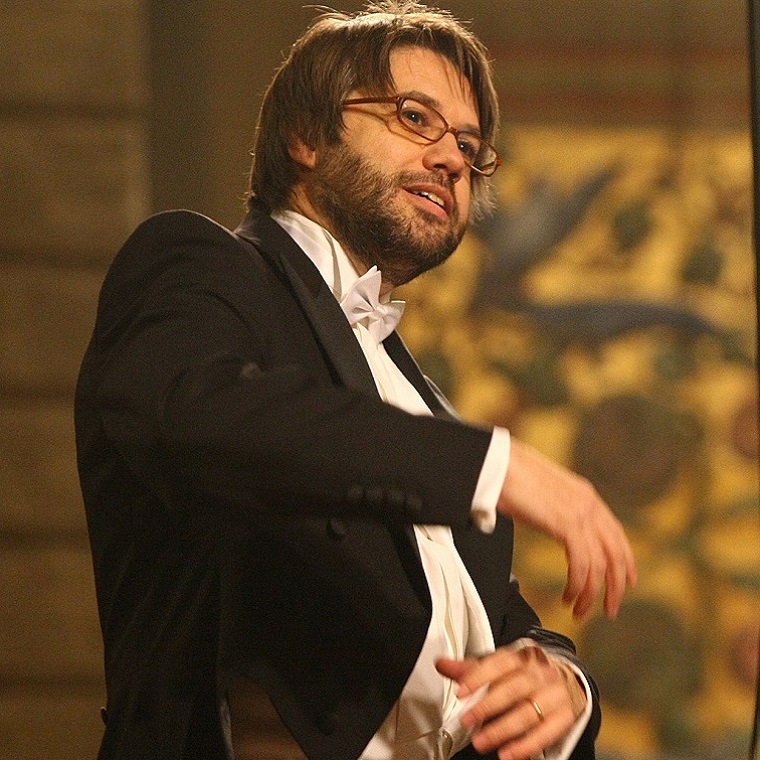 He is now both a professor of Music theory at Mantua Conservatory and a Harmony and Choir Direction teacher at the diocesan school for sacred music “D. Caifa” of Cremona, besides working as a composer, choir and orchestra director and musicologist. In May 2000, he presented his Elegy for strings in Sarajevo, a composition dedicated to the children victims of war. In August 2002, he was invited as an orchestra director and composer for the festival “Estate ai fori”, organised by the Municipality of Rome at the Trajan’s Market in Rome together with the Association “Civita”.

Federico Mantovani worked with the actor Carlo Rivolta for the series “Socrate e la vita filosofica” by composing the soundtrack of Apology and Phaedo by Plato (Rome, July 2003). Since 2003 he has been director of Coro Polifonico Cremonese, which he has conducted in several and important choral-symphonic concerts in Italy and abroad.

His musical production consists also of successful works of sacred music for soloists, choir and orchestra such as the sacred cantatas Pater Pauperum, Vergine Madre, La più bella avventura (in memory of the priest don Primo Mazzolari), Accendere, attendere (Advent oratorio with texts by the poet Davide Rondoni), Con Te (ordered by the Bishop of Cremona for the conclusion of the Year of the Faith 2013). The cantata Con Te was also performed in the beautiful Orvieto Cathedral during the Festival “Musica e Cultura”.

In August 2014 Federico Mantovani conducted the first concert of the new Symphonic Orchestra of the Mantua Conservatory with film music by Nino Rota. Four of his works on Claudio Saltarelli’s lyrics were performed in world première in Piacenza during EXPO 2015. He is member of the Concert Society of La Spezia for the years 2015-2016.