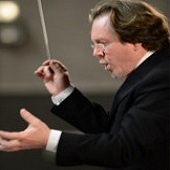 He attended specialization courses in analysis, composition and band instrumentation at the European Institute Superior Band of Trento. Parallel to his musical studies he graduated in “Computer Science” at the University of Milan.

Angelo Sormani is Professor of Laboratory of Technology and Physics at Institute “Da Vinci Ripamonti” in Como, Theory and Harmony of Music in the School of Civic Philharmonic Lugano.
He is the conductor of many bands: A. Manzoni “Civic Band” of Lecco, “Città di Mariano Comense” and “Santa Cecilia” of Costa Masnaga. He is founder and artistic director of Insubria Wind Orchestra.

He works as arranger, conductor and composer with “Horns of La Scala” in Milan, which he has made concerts in prestigious theaters and Italian festivals (including the Teatro Regio in Parma, the Teatro alla Scala in Milan, the Festival “Sounds of the Dolomites”).

Angelo Sormani receives commissions for original compositions (including the International Festival of Military Bands of Modena, the Municipal Musique Strasbourg Illkirch-Graffenstaden) and is invited in juries of competitions for composition and execution or as a lecturer in band courses and stages (Europe and United States).

His compositions are recorded on CDs by important Italian Wind Orchestras and are published by BAM Beyond Any Music, Scomegna, Animando and Da Vinci Publishing.