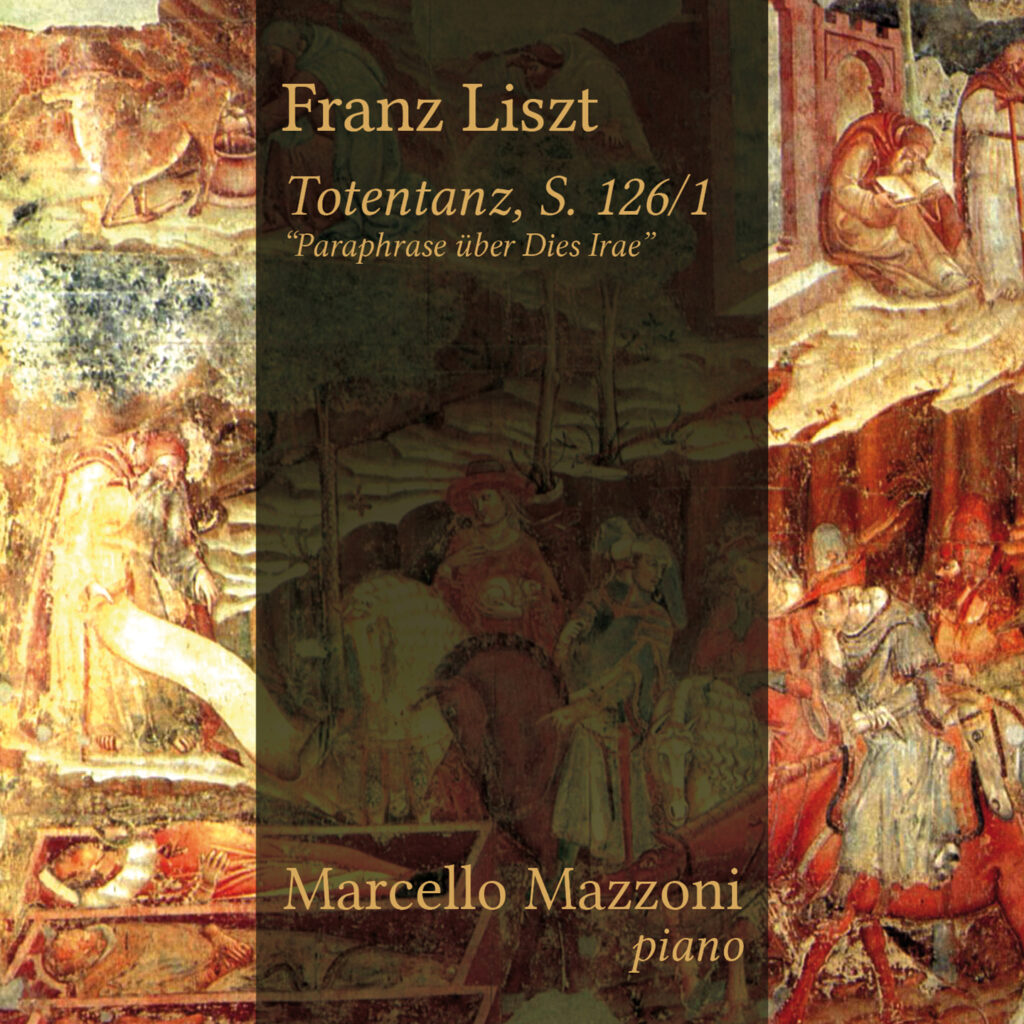 “Totentanz, Paraphrase über Dies irae, S. 126” is the name of a work by Franz Liszt and is as well the new single by the Italian pianist Marcello Mazzoni. Is a notable piece for being based on the Gregorian plainchant melody Dies irae as well as for stylistic innovations; this time in a transcription for piano solo made by the composer himself.

Some of the titles of Liszt’s pieces, such as the ‘Totentanz’, show the composer’s fascination with death. In the words of Mazzoni himself “Totentanz is one of the most powerful, inspired  and evocative composition of the 19th century. The version that this cd contains is the solo piano transcription (Liszt original), in my opinion the most demanding piece of the whole Liszt’s piano production. This piece is a real Parnassum in music: the musical content and the technical difficulty reach the highest peaks in pianistic literature”.

The single is derived from the full album entitled “Liszt – Noir” that will be released in March 2021 thanks to a new collaboration with the Swiss record label BAM Music, after the success obtained with the previous album with Mazzoni “Alberto Franchetti Chamber Music”.

Since it is based on Gregorian material, Liszt’s ‘Totentanz’ contains Medieval sounding passages with canonic counterpoint, but by far the most innovative aspect of the scoring is the shockingly modernistic, even percussive, nature of the piano part; evident in Mazzoni’s great performance.