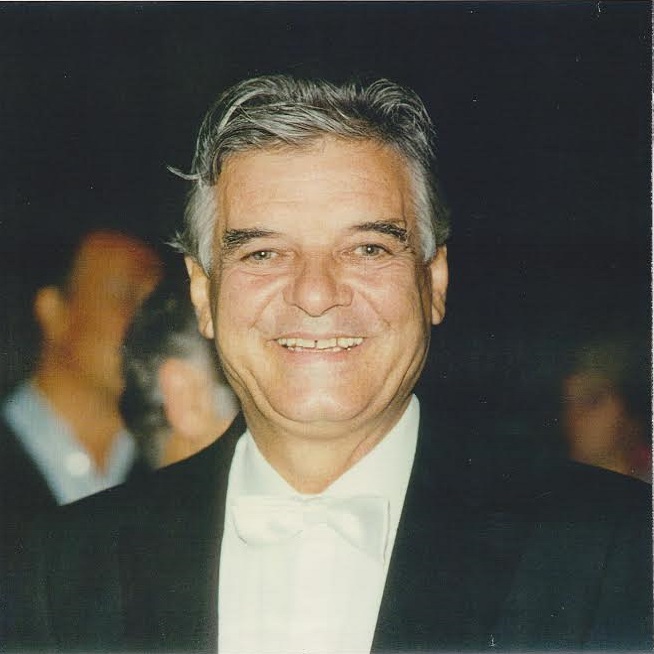 Pietro Damiani was born in the province of Brescia in 1933. In 1951 he finished his music studies at the Giuseppe Verdi Conservatory in Milan and he won a scholarship in a music competition. He continued working on his clarinet skills whilst he studied the obligatory theoretical subjects with various professors, most notably composition with Luigi Manenti.

In 1953, at twenty years of age, Pietro Damiani passed the clarinet exam at the Verdi Conservatory with the maximum score. He had joined the professional, state-funded Orchestra dei “Pomeriggi Musicali” in Milan as its first clarinettist. Performing with this symphonic orchestra once a week, Damiani stayed with the “Pomeriggi Musicali” for four years (1951-’55). He was also the first clarinet player in the band with the conductor Alberto Di Miniello for three years (1955-’58) and embarked on several summer tours across Italy, from Bolzano to Sicily.

Returning to Northern Italy in 1958, Pietro Damiani married his girlfriend in the spring of the following year. Despite has been offered the post of chief conductor of the Orchestra of Santo Domingo in the Dominican Republic and Republican Symphony Orchestra in Ankara, Turkey, Damiani decided to work as band director and tutor in the Italian Alps. Living in Morbegno (1958 – ’61 ) and Sondrio (1961 – ’68 ), in Valtellina , Damiani has taught music and choral singing in various local schools.

In 1968 he participated in a competition for the job of artistic director and chief conductor of the Civica Filarmonica, the Municipal Concert Band, in Lugano and he won the competition. With the Civica Filarmonica, Damiani participated in four editions of the Federal Music Festival, a competition for Switzerland’s best brass bands held every five years; incredibly, Damiani’s Lugano band won first prize in all four editions, in Lucerne (1971), Bienne (1976), Lausanne (1981), and Winterthur (1986).

Whilst admitting that the ‘Meditazione’ is his most important creation, Pietro Damiani composed many more pieces, including a mass (1968), a Romance for Clarinet and Piano (1975), and an Eclogue for Solo Flute (1984). Moreover, he wrote over one hundred marches and other pieces for wind band, including, the most notably, the official hymn of the Pontifical Swiss Guard.

Pietro Damiani worked as a music teacher in Ticino for over forty years. He taught the basics of music at the Molino Nuovo elementary school in Lugano between 1968 and 1998, while he founded the Lugano Music School in 1977, of which he was the president for twenty-one years. Between 1978 and 1998, Damiani was a permanent member of the John Philip Sousa Foundation, based in Chicago, which promotes wind band music worldwide. He travelled for three times to Chicago to take his seat in the jury of the Sousa Foundation’s international competition for wind band compositions.

In 1992, he conducted the “Orchestra della Svizzera Italiana”, the symphonic orchestra of Italian-Swiss radio, in a one-off performance on Lugano’s Piazza della Riforma. After his retirement in 1998, Pietro Damiani continued working as a private music teacher, preparing students for conservatory.

Strikingly, he was asked by TSI, Italian-Swiss TV, to host ‘Quando bionda aurora’, a weekly Sunday entertainment programme; he presented almost eighty editions of this broadcast (2001-’03). It was an interesting sidestep!” In 2007, Pietro Damiani was chosen the president of the Italian language section of the Swiss Society of Music Education (SSPM).