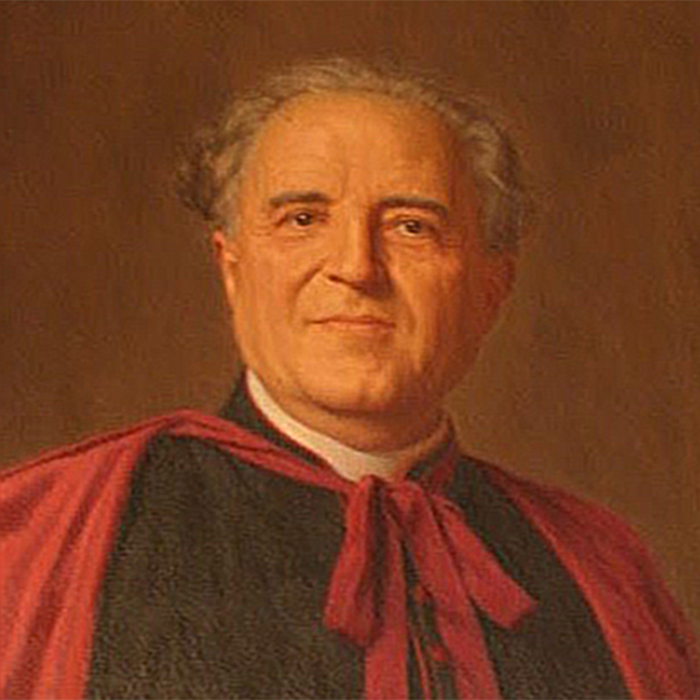 Lorenzo Perosi (Tortona 1872 – Roma 1956) was a Presbyter and Italian composer of sacred music.

In the late 1890s, while he was still only in his 20s, Perosi was an internationally celebrated composer of sacred music, especially large-scale oratorios. Perosi was the most prolific composer of sacred music of the 20th century. He composed more than 3000 works. A great many still await publication; some have not yet been located. All of the sources mentioned in the bibliography agree that Perosi was the most influential composer of the Cecilian Movement. Perosi’s fame was not restricted to Europe.

A 19 March 1899 New York Times article entitled “The Genius of Don Perosi”. Perosi worked for five Popes, including Pope St. Pius X who greatly fostered his rise. Perosi was Maestro Perpetuo of Cappella Sistina since 1903 until his death over 50 years later, in spite of interruptions in his directorship.

BAM has acquired and protected all the rights of its entire unpublished archive. The rediscovery of the “Perosi profano” is the result of an agreement between BAM and the IOR (Istituto per le Opere di Religione); it is the beginning of a new path that will develop further in the next months and years thanks to new precious recordings.