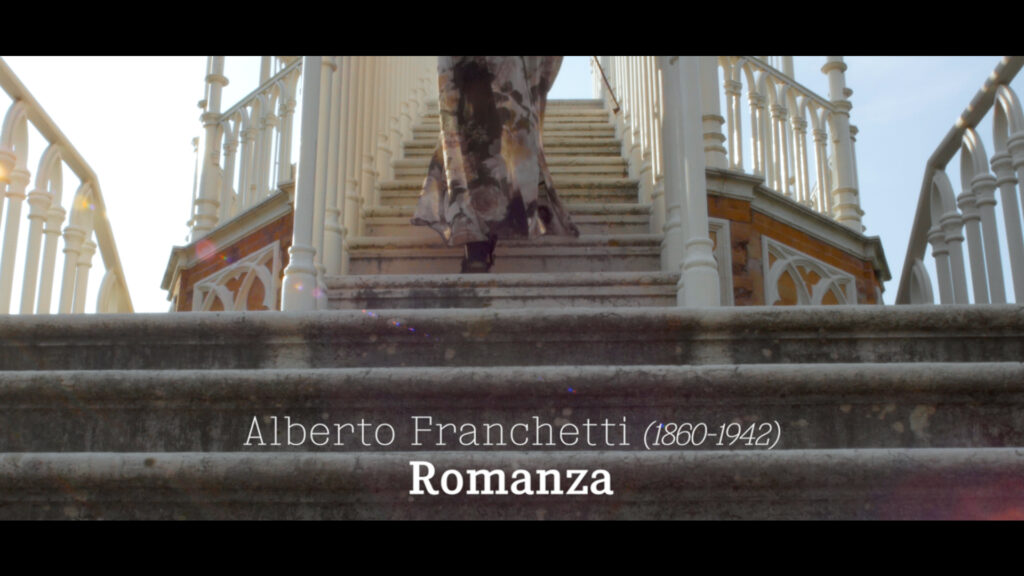 The pianist Marcello Mazzoni and the violinist Silvia Mazzon honor the Italian composer Alberto Franchetti, visiting his old house in The Cavazzone Village owned by the Franchetti family from 1878 to 1919, located on the top of a mountain, in province of Reggio Emilia, in central Italy. They interpret “Romanza”, a theme for violin and piano from the opera “Germania”. In this beautiful residence, was where Franchetti composed the opera, therefore in addition to the extraordinary interpretation of the artists, this video has a sentimental bond due to the proximity of the composer with the performers, and obviously the place of recording. This piece emerges from his latest album: “Alberto Franchetti – Chamber Music” produced by the Swiss record label BAM Music, available now in digital stores. For listen it clicking here. This piece -in words of Mazzoni himself- reflects the taste of the time, the great opera composers making fantasies from successful melodramas. Complementing, the musicologist Richard Erkens says about Germania, that “Franchetti uses goliardic and popular songs to recreate the Germanic soundscape and the war-patriotic atmosphere of the time, and the idiomatic musical motifs are in the score in relation to various dramaturgical levels, from citations to allusive and imitative processes”.

Marcello Mazzoni was born in Reggio Emilia, he graduated the Monteverdi’s Conservatory in Bolzano and continued his intensive studies at the Imola Academy. He has given recitals and concerts in Italy and abroad, in 2018 Marcello Mazzoni has participated in a lot of prestigious projects like the tournée of Wiener Concert-Verein with whom he performed concertos from the Mozart repertoire in Italian and European Theaters.

Mazzoni has recorded four CD-DVDs: the first dedicated to Liszt Noir, and made his debut with the prestigious label Decca with the complete Bach Concertos for Keyboard and Strings. In 2013 he was named permanent member of the Steinway Artists, together with notable musicians such as Vladimir Horowitz, Martha Argerich and Maurizio Pollini.